We work in a sustainable fashion. In a hit-driven industry where technological and business upheaval is the norm, we build value with a long-term horizon.

Our reputation precedes us and it is one of our foundations. We pride ourselves on being professionals and treating each other and our partners as such.

We believe the greatest achievements in our industry come when passion meets mastery. There can be no fun without craftsmanship and no craftsmanship without fun. That's why we belief in professional nerdism.

To be more than the sum of our parts, we pull together and create opportunities that allow us, our studios and our partners to prosper.

...an independent, international active production house which focuses on mediation, development and production of entertainment software.

...Europe's biggest developer family with extensive experience and a wide range of contacts, providing an important interface between developers, publishers, distributors and investors.

...significant services in the core competences of business development, production, sales, creative services and research all of which play a vital role in the development of our projects.

...in young, talented teams and startups. Here we execute strategic advice along with operational tasks to ensure success.

Assisting with company foundations and financing

Advice on structure, strategy and synergy

Assisting in company formation and financing

Translation, enhancing and proofreading of texts

Researching and developing story and setting

Functioning as a communication and control interface

Preparation and review of plans for milestones, projects and resources

Buildup, integration and optimization of QA

Development of PR and marketing strategies

Design and production of video-trailers

Mediation between licensors and production partners

Evaluation and revisioning of pitching material

Click here to become part of the rcp family!

is an independent development studio for digital entertainment software focusing on mobile games, online games and cross platform development. “Angry Birds Epic”, released in June 2014, is Chimera Entertainment’s biggest international success to date with more than 120 million downloads worldwide. Awarded with the LARA Startup Award back in 2007, Chimera now employs more than 50 people in the heart of Munich and is the largest team within the developer family of production house remote control productions. Since Chimera Entertainment was formed in 2006, the studio has developed more than 20 games across five platforms, including “Angry Birds Epic”, ”John Woo’s Bloodstroke”, “Demolition Dash” (winner of the German Developer Award 2011) and the RPG word-puzzle game ”Word Wonders: The Tower of Babel”, winner of the German Computer Games Awards 2013 (Best Mobile Game).

from Tampere, Finland is a talented 10-person indie studio driven by community focused game development. They recently achieved full cross platform with their long-seller Stardust Galaxy Warriors - launched in 2015 for PC and 2016 for console - that is now announced to come to the Nintendo Switch with the help of publisher Aksys Games.

Giant Gun Games is a young game development studio. The team is a mix of veterans and juniors and together they worked on several prototypes. The studio was founded in July 2018 by Sascha Henrichs. Currently the team consists of 9 members and they are actively working on Maze Slaughter, a rogue-like first person shooter.

Founded in 2013, FRAG is a 60 man full-service game studio filled to the brim with mercenaries that love their jobs. They're a close knit team of game designers, artists, quality analysts and engineers that represent the best talent their country has to offer, which they're willing to bet can compete with the best you've seen. And they're just getting started.

is a game development studio based in Berlin that was founded in October 2011 by Jens Kortboyer and Hendrik Lesser. Goal of the studio is to develop interactive entertainment software with a focus on games with serious topics. Complex educational or ecological issues will be playfully and interactively presented to gamers. In addition to developing its own IPs, iMG implements work for hire. Since its foundation, it Matters Games developed several games for high-profile clients, such as »My Dolphin Show« for Spil Games and »Sidekick Cyle«, a one-touch downhill racer that mixes gaming with charity for the company Global Gaming Initiative. In the following years, iMG released the racing game »GTS Driver« for the client Porsche AG and two mobile games vor Hamburg based Publisher Tivola, "DogHotel" and "CatHotel". It Matters Games is primarily active on iOS and Android devices and is currently working on "Caravan", their first PC game.

is an independent development studio that wants to capture and share the excitement of game development. Based in Salzburg, Redox was founded in 2012 by nine newly graduated Master students of the University of Applied Sciences Salzburg. The young, talented team, who graduated in MultimediaTechnology and MultimediaArt, developed a computer game called "Noomix" as their master thesis. The 3rd person puzzle shooter, although still in development, was chosen as a finalist of the Unity Awards 2013 and won the Austrian Computer Graphics Awards (ACGA) in 2014. As a member of the rcp developer network, Redox concentrates on the completion of "Noomix" with the help of the expertise of the experienced rcp team.

Rockodile is a young and innovative game development studio with a passion for cross-platform PC and mobile development as well as additional expertise in physics and multiplayer games. Founded in 2013, the studio has nevertheless already released four games, key among them the indie hit "Lowglow", an audiovisual puzzle game.

stillalive studios is an internationally respected team of talented devs, focused on technically ambitious simulation, management, and strategy games. Founded in 2010, the growing team has created owned IPs like Drone Swarm and Rescue HQ, as well as it works on franchises like Bus Simulator. Five years ago, the studio released the Kickstarter backed action-adventure Son of Nor. stillalive is equally embracing gameplay and technological challenges, developing with Unity and Unreal Engine.

was founded by Sebastian Bender and remote control productions in 2010. The team already formed in 2009 at university – developing an early prototype of the innovative 1st-person puzzle platformer Phobos. Wolpertinger Games has the vision of creating games based on highly sophisticated, polished and fun gameplay mechanics. Versatility and flexibility are two of the core values. Working with cutting-edge technology, utilizing agile development and a sound approach to various platforms are basis for the focus on creating fun gameplay for the right audience. These principles are also applied to projects not only meant purely for entertainment. The team also creates fun games for advertisement, information or education purposes. From 2010 to 2012, Wolpertinger Games developed and published two Xbox® LIVE Indie Games, »Quizocalypse« and »Poopocalypse«, worked on two unreleased PlayStation 3 titles, developed the iOS games »Kwizzer« and in cooperation with Chimera Entertainment the mobile game »John Woo’s Bloodstroke«. Wolpertinger Games also lead the development of the Ravensburger signature project for iOS and soon-to-come Android devices »Ravensburger Puzzle«. For over 100 years, Ravensburger has been known as the European market leader for its high-quality puzzles. »Ravensburger Puzzle« unites the traditions and experiences from the physical world of puzzles with the advantages and opportunities of digital media.

creates interactive media experiences that entertain, challenge and inspire. The development studio, located in Ludwigsburgs, focuses on the development of games and apps for iOS and the web, complimented with their specialist expertise in creating complex story worlds and transmedia concepts. The team bundles many years of experience in game development, programming, media conception, story development and art. Zeitland team members speak and present at conventions such as the fmx, quo vadis and perform workshops for Apps, Games and media concepts.

Newly founded in 2016, remote control productions Finland is supported by a board of experienced professionals who have built a large network of professional partners and friends in Finland, including a strong existing business relationship with Rovio Entertainment.

Since early 2020, remote control productions supports developers in Scotland with a video game Strike Force. A team of video game creatives, spanning production, finance, legal, HR and sales game industry veterans that will help your team identify its strengths and grow them.

is a boutique marketing agency tailored to the needs of the video games industry and equipped with experienced manpower. They combine their love for games with their passion for digital marketing. They follow a community-driven marketing approach to deliver outstanding performances for our clients.

is an independent, digital-only publisher for all significant platforms. We are gamers and a team of games industry veterans with great expertise in Production, Product Management, Marketing/PR, User Acquisition, Community Management and Monetization. We love games with a twist and assist developers during all production processes, starting from the initial concept phase through launch and live phase. As a member of the remote control family which is home to a suite of developers we understand their needs and are able to assist during all production steps.

is a subsidiary of remote control productions (rcp) and part of the rcp family, which is Europe’s major independent games developer family. Gamify now specializes in serious games, game based learning and gamification. The use of game design, such as the monetization of games, allows Gamify now to increase the profits, efficieny and costumer loyality as well as employee engagement of any type of business or organization.

The remote control productions GmbH has implemented numerous projects for their customers. The following excerpt provides an overview of the upcoming, current and past projects as well as the clients of rcp.

Have your driver's license ready! The next installment of the successful Bus Simulator series is in development and will be coming to PC and consoles in 2021.

Realms at War marks Chimera's return to PC game development. The turn-based strategy game will feature an Art Nouveau-Style and has been rewarded with a prototype funding by the FFF in early 2019.

Take care of your tree to watch it grow and fill the animal gallery with new visitors.

Build up your Rescue headquarters from scratch: In Rescue HQ you build, organize and manage a joint station for firefighters, police and ambulance. The Tycoon game keeps player engaged with challenging emergencies they have to master.

Das Boot is submerging in location-based VR on Hologate. The 4-player coop experience will put players to the test in an immersive VR experience deep down below.

The official game based on the feature film Windstorm – Ari’s Arrival for PC, PS4 and Switch. The sequel to the successful first Windstorm Game comes with an expanded world and new features like archery on the horseback.

Control thousands of drones and explore the galaxy. Make allies, fight powerful enemies and invest in research to get more powerful abilities!

Experience the job of a bus driver in a vast and freely drivable urban area. Drive original licensed city buses from the great brands: Mercedes-Benz, Setra, MAN, and IVECO BUS. Transport your passengers safely and punctually, either solo in single player mode, or in multiplayer mode. 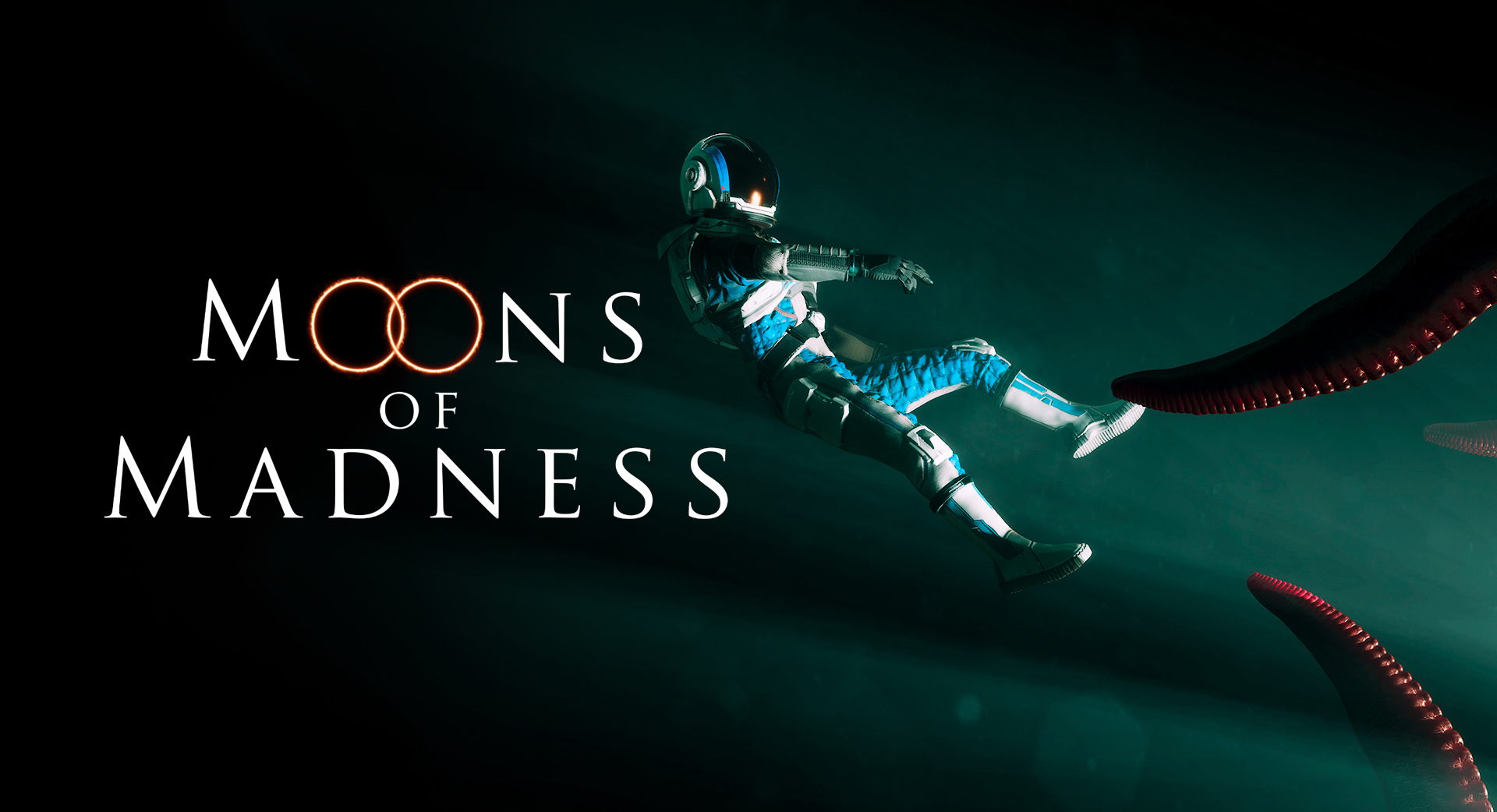 Moons of Madness is a Lovecraftian, sci-fi horror game set on Mars. Players step into the moon boots of Shane Newehart, a technician. Stationed at the secret Invictus outpost on Mars, Newehart has a security clearance that means he is unaware of the mysterious signal.

The Angry Birds are back! Build your team from over 100 ALL-NEW BIRDS and kick the pigs off Bird Island in this action-packed 3D RPG.

remote control productions GmbH is a company incorporated under German law with its headquarters in Munich.

remote control productions GmbH is registered in the commercial register of the district court Munich under HRB 213494.

Although every effort is made to present current and accurate information, we cannot assume responsibility for information from external links. The author of each web page is solely responsible for the content of that page.